Random Notions – Another one out the door!

I see by the calendar on the wall it has been awhile since I have gotten over here.  Not because I haven’t been doing anything – I am.  So what did I do?

The Blue Moves quilt – I had originally started working on that quilt to give to my aunt on her 88th birthday.  However, she passed away 5 days before.  Very sad for my family.  It was not hard to figure out who to give it to instead – my cousin Frances who had taken such good care of her and my uncle for many, many years.  Blue was my aunt’s favorite color and also Frances’.


First I had to finish it – I got it back from the long arm quilter 2 days after my aunt passed away.  I really didn’t want to buy binding, mainly because I couldn’t afford it, and I didn’t have enough of the fabrics left to make it.  So I decided to self-bind it.  The backing was plenty big enough to do it.  First, I trimmed all the excess of the backing and batting 2 inches, then carefully folded the backing back under so I could trim the batting to only 1 inch- 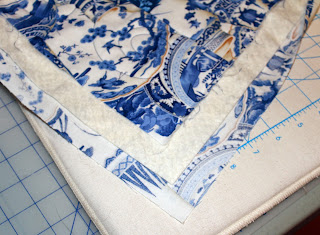 I was really careful on that step because I was so afraid of cutting off backing where I shouldn’t!  Then I folded the backing over to the front and pressed it as I was going- 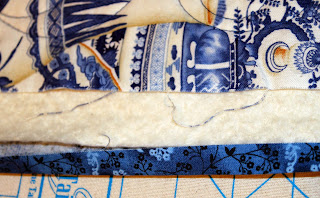 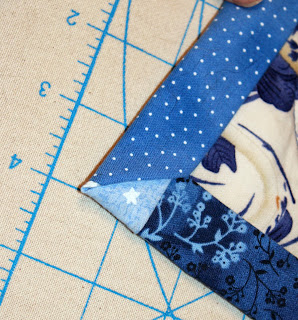 When sewing it on, I used my walking foot and moved the needle over as far left as it would go, because trying to find the point to keep the fold at to keep it all even was hard to do, and I wanted to make sure I caught the entire folded edge in- 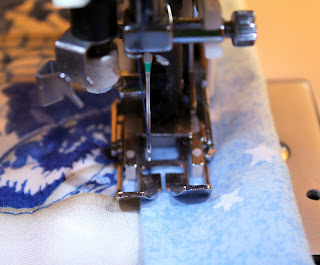 It didn’t come out too bad, but I did not keep it consistent all the way around.  I think if I do this more often, I will get a bit better each time.  The overall quilt didn’t look too bad- here it is on my queen size bed- 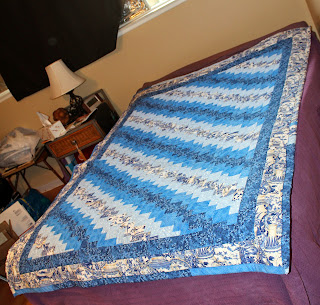 And here is the back- 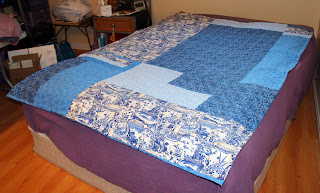 In this close up look on the back, you can see the cool design Janet did on the quilting- 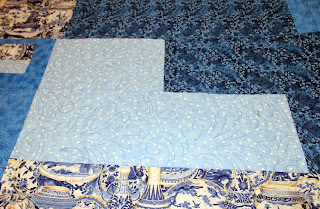 Frances really liked it and she reported back to me the next day that it was warm- her house is very old and in need of a new heater, so she really needed a new blanket!


Okay, so my guilt quilt – I mean Harry’s fish quilt – I was trying to figure out how to use all the fish and reptile fabrics I had in the stash, and I have to thank my friend Rebecca for the inspiration.  We were sitting and talking when the idea came up.  I decided to make blocks of fishbowls- I found a coloring page on the internet of a fishbowl shape I liked, traced it on the back side of fusible interfacing, sewed it to the fabric and turned it.  Then it was fused onto the background fabric and I stitched all around. Here are the first 6- 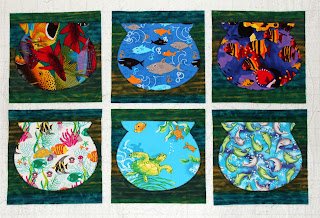 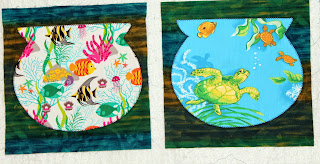 I really like how they are coming out. Right now, they are 11” square and I realized after the first 2 I should have made them a bit not square to allow for the seam allowance on the sides.  Oh well, I will figure it out as I go.  At this point, I’m not sure how many I will need, but after a couple more are made, I will get an idea.

Other than that, I have been listing old toys on eBay trying to make money to help pay our utility bills. My success rate is pretty low, but at least we are getting some bills paid and keeping the roof over our heads.

The weather is finally getting to what I like- I will enjoy the next few months.  How about you?

Thanks for stopping by!
Posted by Laura at 6:58 PM